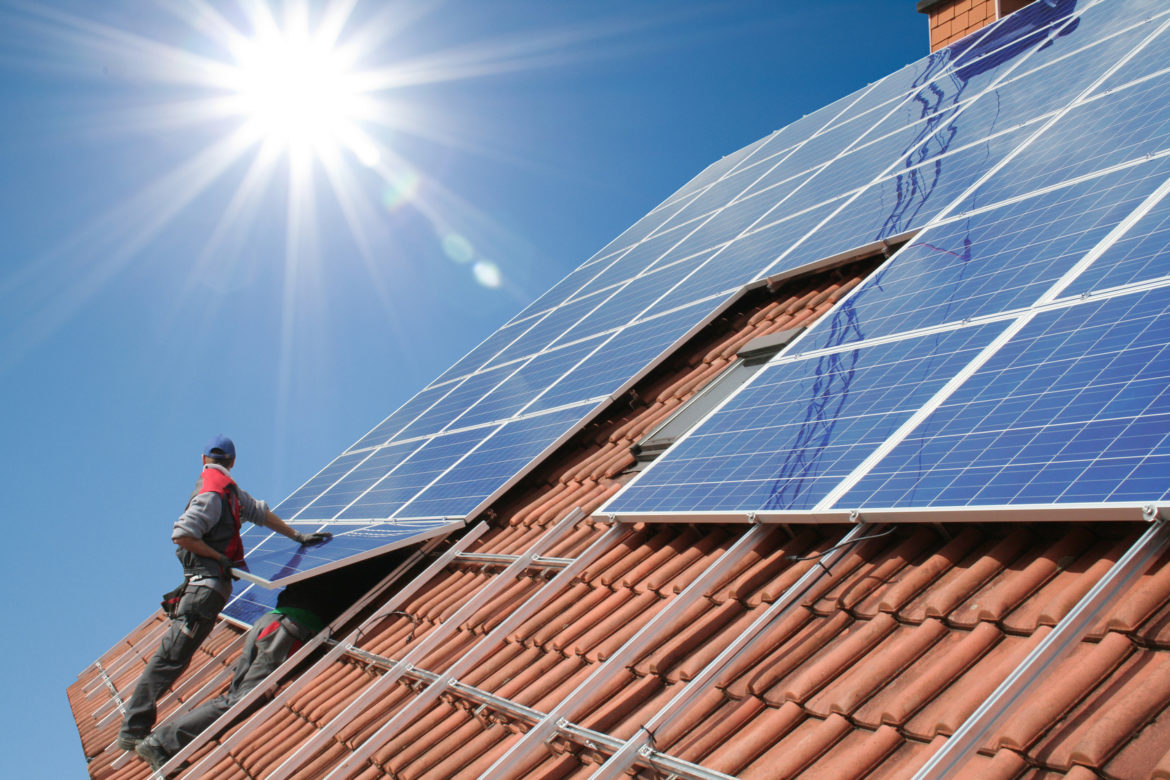 The world of the twenty-first century is a world full of development and modern technologies. As a witness and part of this development, we should pause for a moment to look at it all from the side. We strive to improve the quality of life, but we often forget about all of this and only seemingly improve the conditions in which we live. More and more factories are being built and the people of which there are more and more generate more and more pollution. Today, let’s try to focus on how photovoltaics affects our lives and how we can improve the quality of life with its use. Before we get to the point, however, let’s talk a bit about renewable energy sources.

Renewable energy sources satisfied 18.2% of humanity’s energy demand in 2016 . Such sources include wind, solar radiation, precipitation, tides, sea waves and geothermal energy, among others. Their opposite are non-renewable energy sources, i.e. sources whose resources regenerate very slowly or not at all: crude oil, coal, natural gas and uranium obtained from minerals. Supporters of renewable energy sources point to the problems associated with the combustion of fossil fuels, which are the source of over 80% of energy for mankind: environmental pollution, global warming and resource depletion. Their opponents point to high costs, volatility of produced energy, additional ecological costs and a questionable impact on the consumption of fossil fuels. I live in a single-family housing estate and recently solar panels have appeared on most of the houses.In a way, this is what prompted me to write this article. Going further, photovoltaics is a great source of energy, which is used not only in single-family houses, but also in automotive, industry, and even stupid traffic lights on the roads more and more often have photovoltaic cells that collect solar energy during the day and at night and are used to generate lighting signaling or illuminating pedestrian crossings. Photovoltaics has allowed us to develop enormously and in my opinion, the more we use solar panels, the better we will use what we have for free, and in addition not poisoning the environment. I spoke to a neighbor who decided to install solar panels on his roof. According to him, it is just another step into the future and taking advantage of not only the opportunity to care for the environment,but also saving. In fact, in the current market, we can meet very high surcharges for the installation of such solar panels. Okay, what about the automotive industry that I mentioned earlier? Because it is logical that the panels on our roofs generate electricity for the home or heat water, in the automotive industry we can meet with even more interesting and definitely more advanced solutions.

Of course, this is not a cheap thing, but despite the high costs, photovoltaics is now used in many areas of life. First of all, for ecology, it is said that solar cells appear where ecology is more than economics, while it is worth adding that photovoltaics is simply practical, because wherever solar radiation appears, we can produce electricity. We can ask how such photovoltaic cells, commonly known as solar panels, are manufactured. Mainly in production, a silicon wafer is used and its important feature must be crystallinity . One cell is capable of producing one to almost seven watts of electricity. In order to maximize the effects, modules that consist of several such panels can be built, and it is common to find small modules as small as twenty square centimeters in size up to large ones that are one square meter in size. The largest applications of photovoltaics are in the space industry and all kinds of technologies, the main goal of which is to conquer space. Remember that photovoltaics is a really valuable gift for us, so let’s use it wisely and invest your money in what is proven and what has positive reviews, because it is easy to throw money down the drain by investing in panels from an unknown manufacturer or trying to set up one yourself. installation.

The future of photovoltaics

Photovoltaic  is an open gate to the future and even a ticket to a healthy environment and thus a clean and clear future for our children. Photovoltaics, as a field dealing with the production of electricity from a renewable source, which we used to consider the sun on a microscale, is currently developing very dynamically and it should be assumed that in the near future it will be more and more widely used. For my part, I hope that you are just as interested in photovoltaics as I was and I encourage you to look for more information on this topic. Thank you for the time and attention devoted to this article and I invite you to my other publications on this topic, let photovoltaics be with you.